Tag Archives: Lucy In The Sky With Diamonds 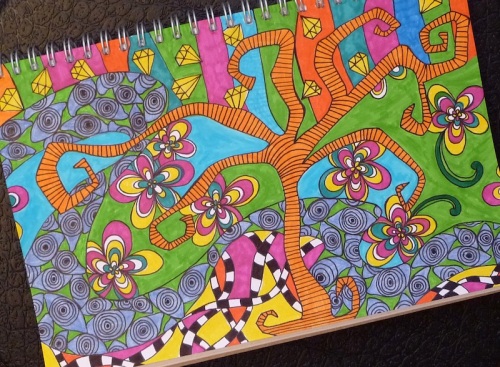 They say Lucy In The Sky With Diamonds was inspired by a drawing John Lennon’s son made at school. There are also those who insist other things were on John’s mind when he wrote the lyrics, but the fact remains it’s a wonderful song. It was released in 1967 on the Beatle’s Sgt. Pepper’s Lonely Hearts Club Band album, which became the most successful selling album in the 1960’s. Its dream-like lyrics and powerful imagery makes it perfect for getting lost in some doodling.