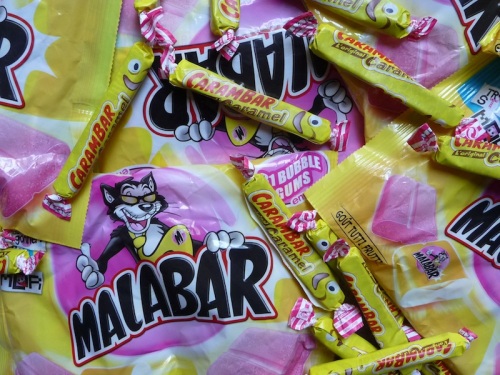 Hope your Halloween night was fantastic! I’m guessing by now your little ones have eagerly examined their candy stash, taken inventory, and are slowly eating their way through it. Here are a couple of ideas from the past to help you make use of your Halloween garbage:

END_OF_DOCUMENT_TOKEN_TO_BE_REPLACED 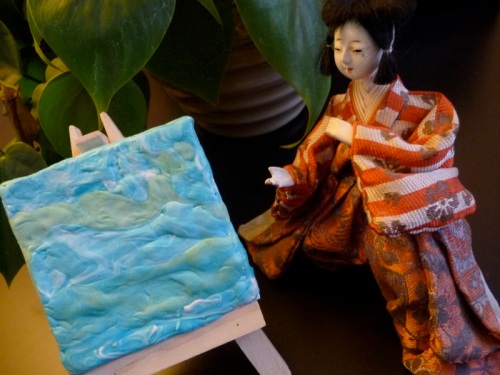 Of course this is all Jason Kronenwald’s fault, an artist who uses gum as his medium of choice. He had a show in Toronto a few years ago, exhibiting his series of Gum Blonde portraits of famous blonde starlets. The idea seemed unique and impressive at the time. So much so that I gathered my kids, drove to the nearest Walmart, and bought a crap load of gum for all of us. For a brief moment, I was the coolest mother on the planet. For the sake of art, I was asking my children to chew gum, as much as they wanted, with or without sugar, as long as we had a decent palette to work with. Then the ick factor set in. It’s one thing to chew the stuff, it’s quite another to store saliva laden globs of gum for weeks on end. We became so grossed out by the process, we gave up and joyfully tossed our chewed bits away. Upon reflection and sad to have been defeated by a bit of saliva, I realized scale was the problem. This guy’s work is done on huge pieces of plywood which inspired us to aim big as well, instead of doing the opposite. So this project aims small. Miniature canvasses are used, which means commitment to chewing and storing is shorter, and the ickiness becomes acceptable. Plus it was fun.