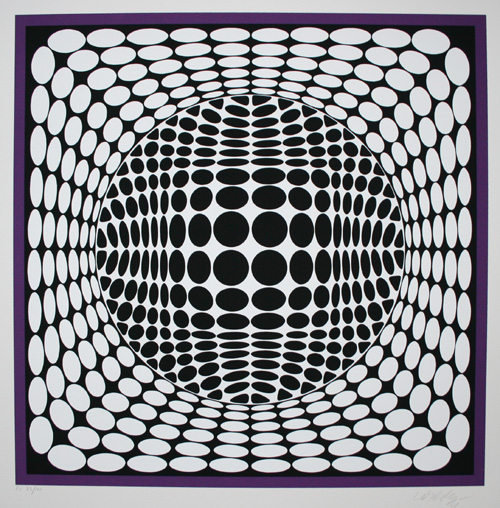 Artist Victor Vasarely was born in 1906 in Hungary, lived much of his life in France, and died in 1997. Today would have been his 104th birthday. He is considered the founder of Op Art, a style which he began developing during his black and white period, from 1950-1965. This period, his most famous, is what will be explored in this project.

In Op Art, also known as optical art, artists used colors, lines and shapes to create the impression of movement. Vasarely’s use of color and shape made some of his paintings appear to jump out from the canvas, like the one above.