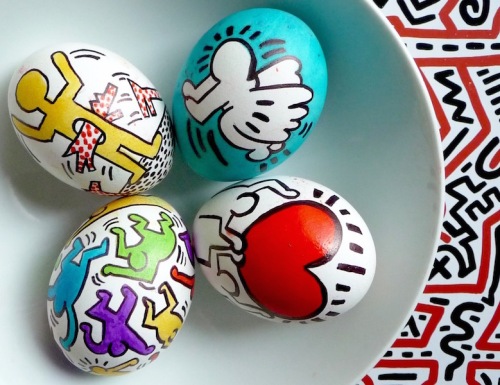 Blogging breaks are inevitable, but eggs always have a way of bringing me back. This year, they are inspired by the wonderful imagery found in Keith Haring’s work, which he cleverly used to draw attention to important issues of the day. The Haring Kids website is filled with lesson plans and ideas if you’re looking for ways to introduce his work to children, and to get them inspired for this project.

END_OF_DOCUMENT_TOKEN_TO_BE_REPLACED 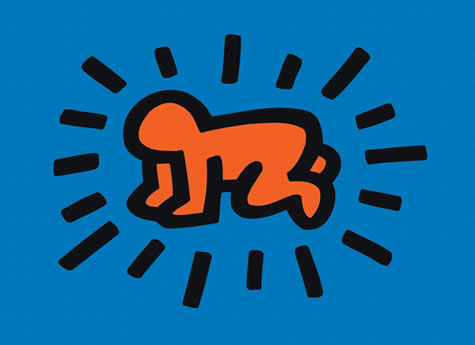 Happy birthday to Keith Haring, who would have been 52 years old today. Haring was an American artist who was an influential member of New York’s alternative art community. His work was very influenced by graffiti, and found in public spaces as well as on canvas. In fact, it was his hundreds of white chalk drawings made in the New York City subway system that first brought him to the public’s attention. Haring was committed to making his artwork available to a large audience, and was a strong supporter of children’s programs, which continue to be funded through his foundation. In the spirit of his Radiant Baby, let’s create some chalk drawings.