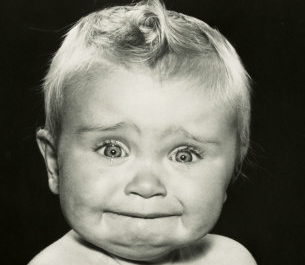 Nuit Blanche can be truly magical or extremely disappointing. I know it’s about having fun, but some of us actually go to it with the expectation of seeing art that is fresh and relevant, thought provoking, and occasionally spectacular. This year, my friends and I were unanimously underwhelmed and by midnight, pining for our beds.

With so many works to choose from, it can be challenging. Did we just choose badly (3 people and more than 30 selections!), or is there a problem with the selection process and having an Artistic Advisory Committee comprised of only 8 people! Allow me to share a few underwhelming moments:

A masterpiece like Guernica should be left alone. While this was clearly an important personal journey for the artist,  Hommage didn’t offer anything that wasn’t already being said by the original work, so why bother? We don’t need a cut and paste collage of all other wars to get the message. Picasso already accomplished that beautifully.

Describing Dune as an “interactive landscape of light” was a bit ambitious. It was more like a narrow, underwhelming row of glow sticks (perhaps left over from the G20 summit) which you could pat on the head and “interact with.” There was an enormous amount of space available in the subway station which, if used, could have made it the impressive landscape it sought to be.

Fire can indeed be mesmerizing, but you can’t transcend the night as claimed, when the images are projected on a small screen. Projecting throughout the entire space – floor, ceiling, walls – in a properly darkened room would have enveloped us in the experience, and taken it to a different level, since live didn’t seem to be an option. Pillars was no more interesting than watching a movie at home. How does this make the cut?

Finally, there was False Kraftwerk. Being Kraftwerk fans, we looked forward to this one but were faced with what appeared to be a joke. Four guys dressed in red shirts representing the original band members, sat on a couch and moved about in response to the original Kraftwerk music being played. All this to offer the audience an opportunity to ponder the idea of “real versus fake.” How deep.

The only quality work we came across was in gallery space at the Distillery District. Names that come to mind are Marie-Josee Roy, Tadeusz Biernot, and Ognian Zekoff, among others. This work was independent of the event, and therefore not representative of Nuit Blanche.

To all those art enthusiasts who left the evening disappointed, remember, we live in a great city filled with an exciting, vibrant art scene, and access to our fair share of international exhibitions. There are impressive shows out there which are thought provoking because of their message, originality, and unconventional beauty. So let’s not pin our hopes on one night of the year, until those in charge set the bar higher. We can explore and be inspired anytime we choose. Either that or head to Paris.